Hello and welcome to my website.  My album, "An Occasional Peach" is now available. Please check it out.

An Occasional Peach
Rating: 3.5
Reviewed by Andrew Greenhalgh
We’ve all been challenged to take a walk in another’s shoes and that’s exactly the challenge that artist Barry Shumate presents to listeners on his album, An Occasional Peach. Crafted as something of a concept record that follows the United States Naval officer through a year of his life, Shumate mines a plethora of classic rock musical influences to bring his story to life.
That story is a multifaceted one. In addition to Shumate’s Naval background, the artist has been passionate about music for years, beginning in high school where tough times of practice found his parents occasionally hiding his guitar to keep from hearing another run. Yet, patience and practice prevailed and Shumate eventually found himself moonlighting as a guitar instructor in Richmond, Virginia. He also dove into the local music scene, playing as a part of indie bands like Reality Sandwich, The Fire Ants, SPUNN, Freeflow, Big Brewster and the Blue Rocks and currently, Straight Face.
According to Shumate, An Occasional Peach is a record that’s been a long time in the making, beginning over five years ago with some chord progressions and lyrical snippets. But just over a year ago, when stationed in Afghanistan, he doubled his efforts, pouring himself into writing and recording, playing nearly every instrument himself, and coming to this end result.
From the very get-go, one senses Shumate’s diverse influences at work here. A devout fan of Pink Floyd, Jeff Beck, The Beatles, and more, Shumate’s work on An Occasional Peach truly draws from a broad palette and even the idea of concept album seems to be borrowed there as well. He opens the record up with the aptly titled “Into It,” a track brimming with sounds of nature and a boat on the harbor, complete with fog horn, while hitting his stride with the psychedelic flavors of “Autumn Smile.” Overlaid with a militaristic voice in the background, Shumate’s musical accents are smooth and sultry, with thudding bass framing soulful vocals.
Drawing from a more Americana-flavored template, “Mountain Town” showcases Shumate’s strong work on both the acoustic and electric guitar, his chops particularly strong on electric as he hits the track with some seething fills while “Hey Hey Bartender” features a throbbing bass line and some killer rock guitar despite being one of Shumate’s lesser vocal performances. “Ray Charles Friday” follows and is a bluesy, playful jam that showcases some solid keyboard vibes and easygoing lyrics before giving way to the classic rock vibes of “Distraction (Chris Kendrick Mix.)”
Shumate shows a playful sense of humor on “The Banana Song,” infusing a jazzy riff together with lyrics like “I like watching girls eat bananas” with a wink and a nudge while “1302” stands on its own as a strong, guitar-driven instrumental. “Turn” is a return to the psychedelic for the artist, his soaring guitar tones swirling around with an ethereal vocal that is hit and miss yet another instrumental, the live-feeling “Fields of Sco,” steps in to save the day. Here listeners are treated to Barry Shumate at his best, rocking the fretboard with abandon and truly stealing the show as he solos on electric guitar, backed by a kicking band, which, interestingly enough, is himself.
“Perfect Song” is a step into something thoughtful and insightful and does showcase some more strong guitar work from the artist but feels as though it drags a bit, unfortunately avoiding the promise in its name. However, “Autumn Smile Reprise…Or Something,” while trippy and a bit out there, somehow works, blending together Shumate’s broad template into something engaging and creative before closing out the record with more coastline sounds on “Out Of It.”
While Barry Shumate’s concept record might not fully realize its potential here, what it does do is shine the light on a very talented artist. Throughout the whole of An Occasional Peach, Shumate reveals himself to be a stirring multi-instrumentalist and a creative soul. And when he takes up the electric guitar, it’s to his benefit as well as the listener, finding both parties in the best position for some great music. 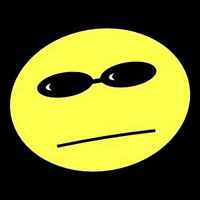 Fill in your event details including pricing info and age limit here.